Save Your Cellphone from the Dump! How to Make a DIY Bike Cam!

Cycling is one of the healthiest modes of transportation. Not only do you often get from A to B faster than cars trapped in rush-hour traffic, but you’re reducing your carbon footprint with every ride. If you commute frequently with a bicycle, you’ve likely encountered some close calls with motorists. Recording your rides is one of the best ways to prove you cycled safely in case of a crash. While you could buy a GoPro or another similar type of camera, you might already have something just as useful sitting in a drawer: your old cellphone.

How Recycling a Phone Impacts the Environment

Cell phone waste is one of the largest and fastest-growing sources of technology waste in the world today. Most Americans get a new cell phone every 2.5 years, but it’s possible to recycle up to 70% of cell phones. Here’s some data on why it’s important to reuse your cell phone:

How Recycling a Phone Helps You Financially

On top of insurance benefits, recycling a phone to use on your bicycle will be critically important if you’re hit by a car. Because dash cams record your every movement, you’ll be able to clearly show what caused the crash—Whether it was a motorist driving recklessly or failing to yield. Dash cameras are far more reliable than asking for witness statements, as there is no refuting recorded video.

If you’re in a crash with a car, you may not be able to receive insurance payments to replace your bicycle or cover your medical bills without refutable evidence showing you were not at fault for the crash.

How to Set Up a Dash Cam Mount

You can create a cell phone mount for your bicycle with items you may already have laying around the house. You will need: 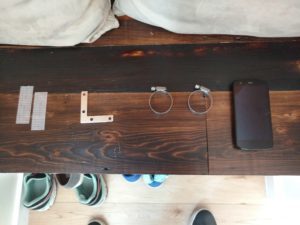 To get started, you’ll need to Velcro your phone to your bicycle’s handlebar. You can do this by applying one of the two strips of Velcro to your phone, and the second to  the end of the corner brace: 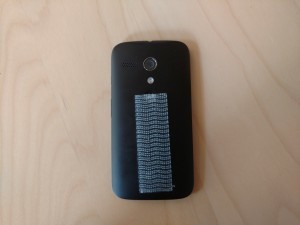 Trim the Velcro if necessary. 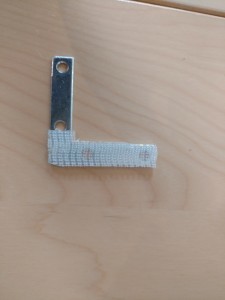 Centering the pipe claims will be important, as its position will determine what you actually record with the dash cam. Once the pipe clamps are in place, slide the exposed end of the corner brace under the clamps. Tighten, and you’re done! 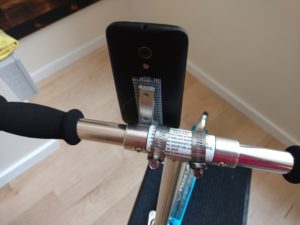 While reusing a smartphone may not be as glamorous as using a GoPro, it’s inexpensive and helps reuse electronic material that would otherwise go to waste. You don’t even need WiFi or any cellular plan to use the smartphone setup—Just download an app from your home, and once it’s installed simply start recording before every ride. Not only will you help the environment, but you’ll ensure that you won’t be to blame if you’re in a crash with a motorist.