The Rise of Amazon

I have been an Amazon customer for the last four years for a number of reasons. For one, the convenience of having the “mall of the world” (in my opinion) has its advantages because it allows you to be able to find and buy anything that crosses your mind. Another benefit of amazon is that it forces venders to put more competitive prices because they are competing against other venders who also want the same customer. These two facts have allowed for Amazon to change my spending habits because they introduced a convenience in my life that I would not want to give up.

I agree that I am part of the problem that is only growing as each day passes. The reality is that we live in a world that relies heavily on the idea of convenience to the point where people would give up the right to leave there homes just so that things are more convenient and easier for them. I do not agree though about the idea that we are moving away from products and moving more towards services. The reason why I feel this way is because the market is still saturated by products that are very sought after. A good example of products that are still a prime example of how we have not shifted to spending our money on services is by looking at all of the products that the Apple Computer Company produces.

I have learned a great deal after studying both the shipping infrastructure as well as the justifications on how online companies are able to provide free shipping. James Edwards who is a mathematician and start-up co-founder had this to say; “’Free shipping’ in an online business is no different to ‘free entrance’ into a bricks and mortar store. Just as a bricks and mortar store incorporates the cost of sales assistants and store lease into their item price, so to can an online business incorporate the shipping cost into their product prices” (Qoura). The reason why I chose to include Mr. Edwards thoughts on this matter is because he expresses the business strategy that almost every single online companies uses in a simple way. If you think about it its quite smart because these companies incorporate the shipping costs into the product along with a number of other calculations, then when they offer free shipping, the customer believes that they are getting a great deal as well as being taken care of.

One of the innovative initiatives that amazon is attempting to implement into the market to enhance their shipping and delivery is by using drones. Amazon has this to say about their new shipping concept; “We’re excited about Prime Air — a future delivery system from Amazon designed to safely get packages to customers in 30 minutes or less using small unmanned aerial vehicles, also called drones. Prime Air has great potential to enhance the services we already provide to millions of customers by providing rapid parcel delivery that will also increase the overall safety and efficiency of the transportation system. Putting Prime Air into service will take some time, but we will deploy when we have the regulatory support needed to realize our vision” (Amazon). Another example of Amazons’ innovation that is disrupting the current shipping infrastructure is with their service called “Amazon Prime”. The reason why this is an innovative service is because they promise to get you your item within a day or so as long as you are a member of their “Prime” services. 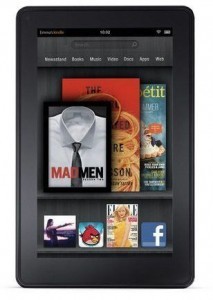 Amazon has had many failures and successes throughout their existence in the marketplace. One of the failures that were more prominent than the rest was the implementation of the “Fire Phone” into the market. The phone was an unsuccessful attempt by Amazon for a number of reasons as stated in the following text; “The fire phone marked the entry of Amazon in the smartphone arena but failed to enthuse the critics as well as the consumers. There were several issues like heating of the product and poor battery life. The pricing of the product also was a major error” (AmigoBulls). Nonetheless, Amazon has also had many successes that have been introduced into the market with great esteem. One such product is the Amazon Kindle Fire, which is a tablet with its own unique operating system. Fortune.com described Amazons’ success of the Kindle in the following text; “customers purchased more than twice as many Fire tablets than first quarter last year. That’s not particularly surprising, considering that Amazon overhauled its tablet line last fall and debuted both cheaper and faster versions of its Fire tablet, as well as a new child-focused device” (Fortune.com). Although Amazon has had both great successes and failures, they are on the rise towards dominating the online marketplace.

After extensive evaluation into the reason why Amazon introduced the “Prime” service to their customers, I can comfortably state that it came about as a result of convenience. Amazon recognizes the amount of positive feedback they have received a result of making packages available to customers within a day or so that they have decided to enhance their services. They will go about dong so by using drones such as the “Prime Air” services to deliver packages to their customers at even faster times, thus further penetrating the market. Nonetheless, there is always a company who will try to imitate the “top dog” in the marketplace so that they are not left behind. In this scenario, the company that is attempting to follow in the footsteps of Amazon is Google. Their service is called “Google Express” or “Google Shopping Express” and they plan on challenging Amazon and especially their Prime service by providing their own same day shipping. As of now, it is too early to tell who will prevail but I can say that Amazon already has been in the market of online shopping for many years and has quickly understood that the market needs more convenience, hence why they wish to use drones so that people get their packages faster. Both companies will battle it out to win over the same customers, but I believe that in the end, Amazon will be the only one left standing in the online shopping industry.